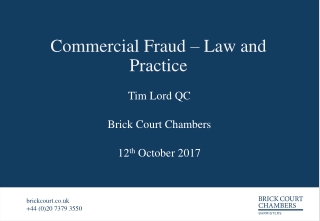 Basic Criminal &amp; Constitutional Law: The Court System - . essential question: can the police really do that?. the

Patentability of Life Forms - . until 1980, the prevalent legal opinion was that transgenic life forms were not juridical

and finally… - 5) conservatism stifles progress : burke’s closed society does not allow for existing moral and social