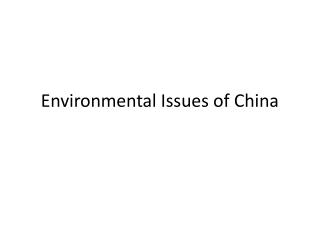 SS6G9 The student will discuss environmental issues in Europe - . a. explain the major concerns of europeans regarding

Environmental Law - . environmental law. “if the law supposes that, then the law is a ass, a idiot!” - oliver