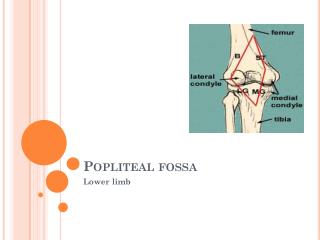 FOSSA - . endangered species by codey noel. weight and size. males up to 22 pounds females up to 15 pounds males up to 31

THE PTERYGOPALATINE FOSSA - Pterygopalatine fossa. pyramidal space inferior to the apex of the orbit.lies between

Muscles of Mastication - . the muscles that are responsible for mastication are in general strong and showed marked