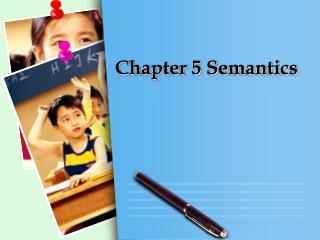 Semantics &amp; Pragmatics - . what does this mean?. from the lowly phone through the morph , the phrase , and the

Applying Semantics to Service Oriented Architectures - . oasis symposium 2006 the meaning of interoperability 9-12 may,