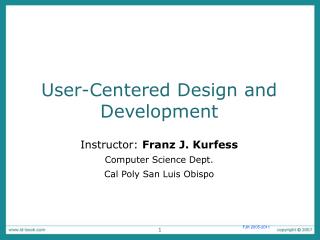 Patient-Centered Care - . va is changing the way health care is delivered by shifting from a problem-based health care

User-Centered Design and Testing Unit 1 - . unit 1. overview of user-centered design and testing. in this unit, we