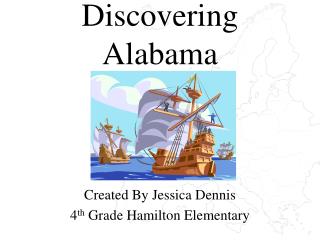 Discovering Alabama. Created By Jessica Dennis 4 th Grade Hamilton Elementary. Bell Ringer. Which of the following is not something an archaeologist would not study ? Dinosaurs Spears Arrows Ancient buildings. Essential Question. What were the reasons for European exploration? Alabama Grad Exam - . social studies. crusades . holy wars waged by europeans on the muslims in the middle east to regain

Discovering My Shape For Ministry - . class 301 a model adapted from saddleback church in california. session 1 the