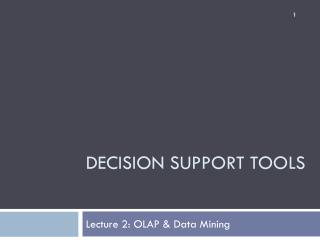 Decision Support - . future of the nws. aviation is foundational. what does it mean? where are we going? when are we

Decision support - . sven g. sommer university of southern denmark. objective. a tool that helps end users of our work to