Rev 13:11 Then I saw another beast coming up out of the earth; - PowerPoint PPT Presentation 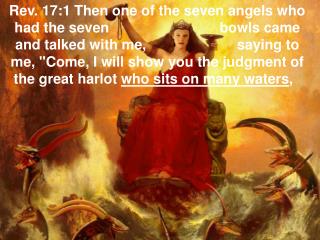 Rev 13:11 Then I saw another beast coming up out of the earth; Rev. 17:1 Then one of the seven angels who had the seven bowls came and talked with me, saying to me, "Come, I will show you the judgment of the great harlot who sits on many waters ,  .

Rev 13:11 Then I saw another beast coming up out of the earth;

All the Earth Will Sing Your Praises - . you lived, you died, you said in three days you would rise; you did, you’re

“What about…” - . aledo church of christ summer series 2014. “how much in revelation has taken place already;

Mark of the Beast - . re 13:16 and he causeth all, both small and great, rich and poor, free and bond, to receive a mark

BEASTLY ADVOCACY IN MOTION - . by alexander w street sc version xvi1i: 9 may 2014. table of contents. a. nature of the

For the Beauty of the Earth - . “every good and perfect gift is from above, coming down from the father of the heavenly

Herne- Beauty and the Beast: Visions and Revisions of and old tale - . thesis. hearne argues that the story of beauty and

Taming the Beast - . word we talked about 2 fridays ago someone who consciously decides to support you because it is the

Beauty and the Beast - . beauty is what you feel inside, and it reflects in your eyes. it’s not something physical. by:

The Hope of Jesus’ Second Coming - . son of man. “then they will see ‘ the son of man coming in clouds ’ with

Overview of Sun-Earth Connections - . fundamental ideas from sec why should teachers care? the sunspots are coming, the