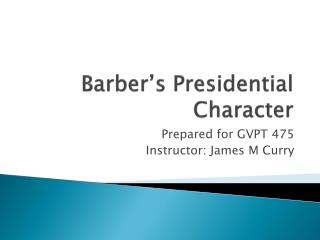 Barber’s Presidential Character. Prepared for GVPT 475 Instructor: James M Curry. Introduction. The thrust of Barber’s book is that we should be able to tell a lot about a president before he (or she) takes office based on the psychological make-up of the candidate.

The Curious Incident of the Dog in the Nighttime by Mark Haddon - . elements of fiction. characters. static character :

Character Tables for Point Groups - . each point group has a complete set of possible symmetry operations that are

Mr Barton’s Maths Notes - . number 11. standard form. www.mrbartonmaths.com. what is standard form and why do we need

Six Categories - . characters who said it vocabulary presents trivia events. the first character to enter narnia. who is