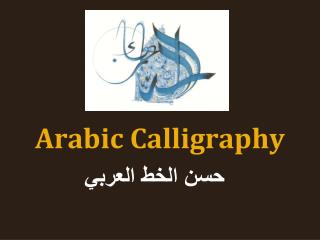 The Art of Arabic Calligraphy - . discussion questions * what are the guidelines and aesthetic principles of islamic art?

Arabic Calligraphy Paintings For Sale - Https://www.areeq.net/en areeq is the one stop for stunning islamic calligraphy

Calligraphy - . the art of beautiful writing. vocabulary - words you need to know. versel : an individual letter.

Zen Calligraphy - . ‘true creativity is not the product of conscious effort but the phenomenon of life itself.’

Chinese Calligraphy Scrolls - Decorate your walls with our attractive chinese calligraphy scrolls. we have an authentic