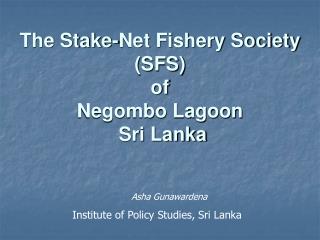 Some Interesting Facts About Sri Lanka - Sri lanka is an amazing location to explore with your friends and loved ones.

Lagoon - . ( lah -goon) adj shallow body of water. she was swimming in the shallow end of the lagoon. bourgeois.

Tourist visa for Sri Lanka at www.etasrilankavisa.com - If you are planning to visit sri lanka soon, then do sri lanka

The Indian River Lagoon - . it’s not really a river! it’s actually a lagoon, which is a shallow body of water

Global Surf Project: Sri Lanka - . by: conor davis. quick facts:. sri lanka is located to the south of india in the

Little Lagoon Preservation Society - . water quality initiatives. what are we doing ?. little lagoon is a unique body of