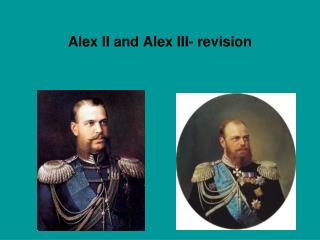 Alex II and Alex III- revision. Sample Essay Titles. Compare and contrast the policies of Alexander II (1855-81) and Alexander III (1881-94) of Russia. For what reasons, and with what results, did Alexander II try to reform Russian institutions? Alex. - Alex. my name is alex i hope you enjoy my pictures. i like donkey kong and dity

Alex Funicello - Enjoys his fair share of extreme hobbies. for him, wind surfing and skiing are his two favorite extreme