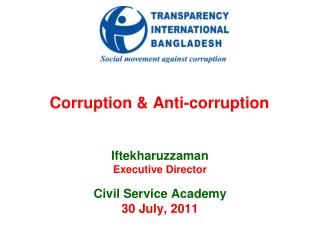 Corruption and Development: A Review of Issues - . pranab bardhan vincent lally. corruption is an ancient problem

Problems and challenges in the implementation of anti-corruption activities - . public administration reform and

R O M A N I A MINISTRY OF ADMINISTRATION AND INTERIOR ANTI -CORRUPTION GENERAL DIRECTORATE - . prevention and fight

Corruption - . what is corruption?. in philosophical, theological, or moral discussions,  corruption  is spiritual

OFFICE OF THE O MBUDSMAN - . anti corruption initiatives. introduction . the government of rwanda has undertaken a number

Corruption Diagnostics - . prescribing a reform agenda for indonesia. corruption is “use of public office for private