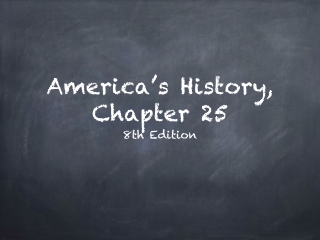 America’s History, Chapter 25. 8th Edition. Containment and a Divided Global Order. Origins of the Cold War Is the enemy of your enemy, your friend, or your enemy? Yalta : Last meeting of the “Big 3” Stalin promised “free and unfettered elections” in Poland at a later date