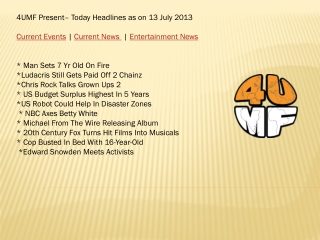 5 ideas for team building events in summer - Based on the popular reality television series, survivor is an ideal program

The Assassination of James Garfield July 2, 1881 - . intro video. in 1880, guiteau became a frequent visitor to

On the Interaction of Relational Coherence and Lexical Cohesion in Expository and Persuasive Text Genres - . gisela

[Event] - . presented by [insert name]. history of smrp. chartered in 1992 as a non-profit organization. an organization

Current Events - . cnn student news. 8/22/12: answer all parts of each question. this week, you will have to answer 4