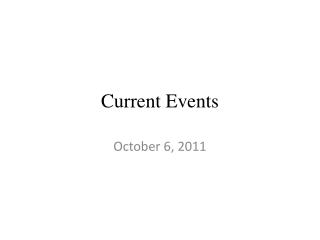 HERA e-p scattering events observed in the H1Detector - . the idea. the realisation. the physics. the events. what we

Events Impacting Scoring - . so who’s fault is it anyway?. impacts of legislations or events that would or could