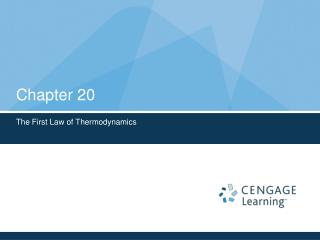 Chapter 20. The First Law of Thermodynamics. Thermodynamics – Historical Background. Thermodynamics and mechanics were considered to be distinct branches of physics. Until about 1850 Experiments by James Joule and others showed a connection between them.