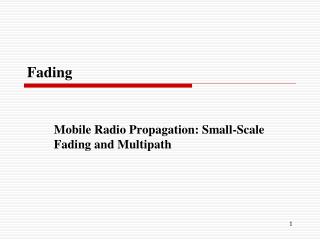 Signal Fading - Destructive interference due to multiple reflective paths of varying distances. this is a rare and

Multipath fading and reflections - . the signal takes many paths to the destination. the propagation delay along each