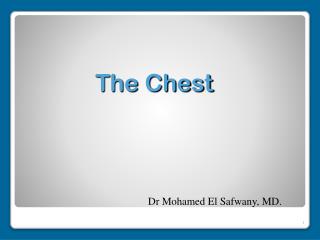 chest - The images on the following three slides were created entirely in powerpoint using the various shape, text and

The Chest X-Ray - . dr mohamed el safwany, md. intended learning outcome. the student should learn at the end of this

TRAUMA OF THE CHEST - . a. vayda department of surgery with anesthesiology. classification the closed damages of the

CHEST PAIN - Chest painaccounts for 5% of all emergency patient visits per yeardifferential diagnosis is extensive. chest