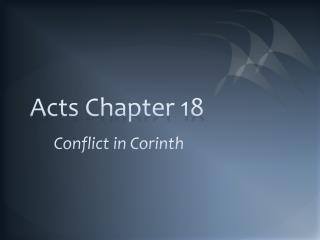 Book of Acts Chapter 15 - . theme: the council at jerusalem. acts 15:1. and certain men which came down from judaea

Chapter 19 Section 4 - . objective: to understand the relationship between the protection of civil rights and liberties

Chapter 4.1 and 4.2 - . steps leading to the revolution. great britain’s acts. the colonists are angry with all those

Book of Acts Chapter 3 - . acts 3:1. now peter and john went up together into the temple at the hour of prayer, being the