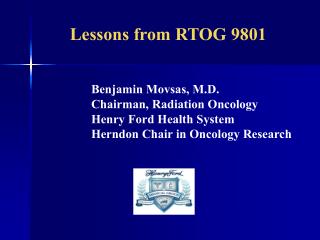 Surgical Oncology - . definition of neoplasia. a disorder of cell growth in which there is a permanent and inherited

An Oncology Exchange Activity - . prior to the start of the program, please check your syllabus to ensure you have the