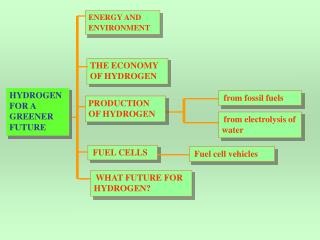 HYDROGEN FOR A GREENER FUTURE HYDROGEN FOR A GREENER FUTURE

Which one of the four macromolecules is an enzyme? - . what is the name of the molecule the enzyme binds to?. nucleotide.

The Bohr Model of the Hydrogen Atom - . in 1911, rutherfords  - particle experiments were very controversial the idea

Hydrocarbon Derivatives And Functional Groups - . introduction hydrocarbon derivatives are formed when one or more

Elephants’ Toothpaste - . a tower of foam emerges from a graduated cylinder. purpose. to observe the rapid

The Use of Hydrogen Peroxide as Propellants - Moscow state aviation institute. dept. of engines for flying vehicles. the