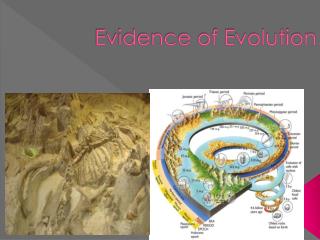 Evidence of Evolution. Early Evidence of Evolution =. 1. Fossils. Relics or impressions of organisms from the past. Show changes over time from simple to complex. Many fossils don't have descendants. Fossil Record. Most fossils found in sedimentary rock