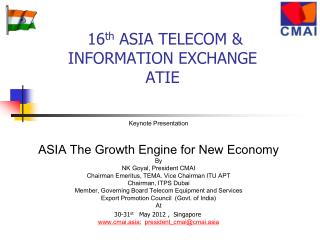 MOBILE RECHARGE.ASIA - . the telecom industry in india is growing at fastest speed, and the majority of the growth is

Liberalization of Telecom A Catalyst for Regional Development - . the 9 th arab telecom and internet forum  habtoor

Changes in telecommunication - . by sophie. telephone facts. the telephone was invented by alexander graham bell. the

Fixed Exchange Rates and Currency Unions - . introduction. why would a government buy or sell foreign exchange? how does