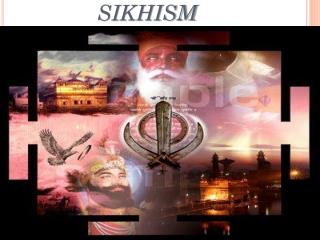 Ancient India - Chapter 2. ancient india. i. the emergence of civilization in india: harappan society. a. a land of

Sikhism - . conception, theory, beliefs, and people. a little about me…. junior at ucd, premed raised in san jose, ca

sikhism - . interesting facts. sikhs believe in: freedom of speech, religion tolerance and absolute equality of all

SIKHISM - . amritsar is the holy city for sikhs and is home of the golden temple. golden temple, amritsar. sikhs went

Chapter 11 - . sikhism. sikhism quotes. “there is neither hindu nor mussulman [muslim], so whose path shall i follow? i

Sikhism - . sikhism. the life of nanak. starting in the tenth century, muslims made inroads india arrived in the