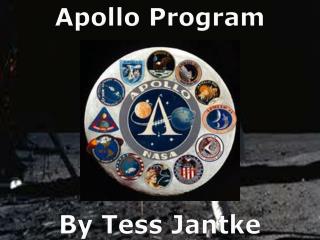 The History of Space Exploration - . the first living things in space. were fruit flies. in 1946, they were sent to high

The Crew of Apollo 8

Project Apollo - . apollo. mission of apollo. to establish the technology to meet other national interests in space to

Lessons Learned from the Scientific Program of Apollo Lunar Exploration Presentation to SSB/NRC: - Committee on lunar

Apollo Program - . by: courtney mcgrath. what is it?. program to get man to the moon. why did we want to reach the moon?.

Apollo 16 was the fifth manned mission to land on the Moon and the first to land in the highlands area - Apollo 16.