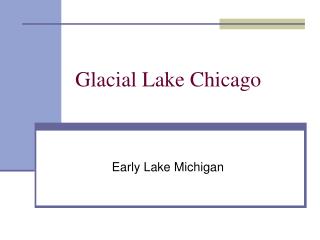 Glacial Deposits - . the specification states that you should be able to: describe the deposition in glacial environments

Glacial Processes - . glaciers are large masses of ice that move over time. on the basis of size and shape, glaciers can

Glacial geomorphology - . glacier: “a natural accumulation of ice that is in motion due to its own weight and slope of

Glacial Material - . small till. glacial till. - glacial rocks - all different sizes and shapes – unsorted. large till.

Glacial Landforms - . your task is to produce a power point presentation or factsheet or poster on a particular glacial

Glacial Facies - . chapter 10. glacial facies and fabrics. general review of facies. facies a body of sediment with a

Glacial Movement - . here’s what we already know…. the ice age was a period when huge glaciers covered the earth. it

Glacial Movement - . we created glaciers and investigated how these massive pieces of ice have changed the earth!. what

Glacial landforms - . how is a corrie formed?. snow collects in a natural hollow on the side of a mountain. over time,