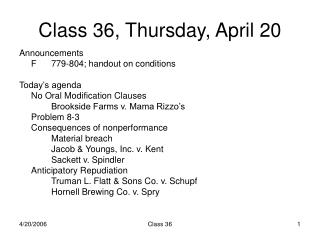 Thursday, April 12 - . turn in your cards. put them on my desk. 2. update your table of contents if you did not on

Thursday April 10 - . warm up questions. what two political parties go to war in china? why does the civil war pause in

Thursday, April 24th - . what do you personally believe about an “afterlife”?. here is the plan…. students will be

Thursday, Sept. 20 - . 1. get out your spiral and put your binder on the floor 2. update your table of contents date

Thursday , Sept. 20 - . get out your spiral and put your binder on the floor 2. update table of contents date title

Thursday October 20 - Classwork: set up albert!!! #3 energy notes #4 food for thought response. warm up which of the