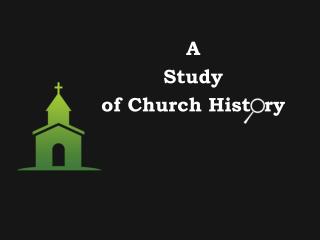 A Study of The Methodist Church

A Study of the New Testament Church - . we addressed some descriptions: the church is a called out body the church is

CHURCH IN CRISIS: A STUDY OF FIRST CORINTHIANS - . a slam at their past… 1 corinthians 3:1-2a 1 brothers, i could not

A Study Of The Doctrines Of The Catholic Church - . marian theology. “whoever asks and wishes to obtain graces without

Group Study Exchange RY 2011 - 12 - . overview of current processes and objectives. your foundation dollars in action a

HIST 2509 A History of Germany - . lecture 5-1 the rise of prussia. announcements. in-class test on tuesday - more in

A Study of The Foundational Doctrines of The Catholic Church - . the authority of councils. a council is the assembly of

Ecclesiology: the study of the Church - . since the church is the bride of christ, there is nothing on earth dearer to

Contextualization: A Phenomenological Study of the Church Growth Movement - . dan russell. abstract. because the

Contextualization: A Phenomenological Study of the Church Growth Movement - . dan russell. abstract. because the

WHAT MAKES A CHURCH A CHURCH OF CHRIST? - . does it make a difference? can we tell the difference? 1 peter 3:15.