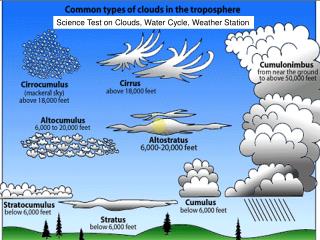 Water Cycle and Weather - . georgia performance standards. s4e3 students will differentiate between the states of water

WATER CYCLE AND WEATHER - . evaporation is when the sun heats up water in rivers or lakes or the ocean and turns it

WEATHER AND THE WATER CYCLE - . what do we know and want to know about weather?. create a kwl as a class!. what is

The Water Cycle and How Clouds Form - . 7 th grade science - weather. the water cycle. water is constantly cycled through