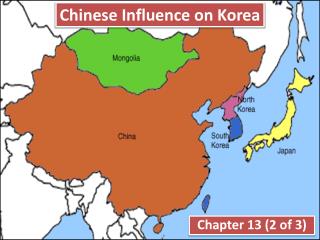 The first Chinese WWE superstar? - Bin wang is one of seven chinese athletes hand-picked by the wwe in the hope that one

China IP ‘From the Inside’ - China intellectual property ‘ from the inside ’ by james haynes u.s. patent

Day 1 - . review. what is this questions asking for? analyze the advantages and disadvantages of being a part of a

North Korea and South Korea: Different Perspectives on Globalization and Its Effects - . a ndras konya a dam schlegel a

Chapter 13 – Spread of Chinese Civilization: - . japan, korea, and vietnam. japan, vietnam, and korea – each of these

China’s Influence on Vietnam and Korea during the Tang and Song Dynasties - . by nina haydock. tang dynasty 618-907 ce.