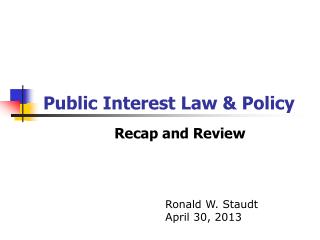 Chapter 4: Civil Liberties and Public Policy - . a.p. government and politics. which of the following statements about

GOVT 2305 - . foreign policy. here is another of our occasional forays into public policy. in this case we will be

Political Parties, Income Inequality and Public Policy – 1A - . don’t write down any of the material over the next