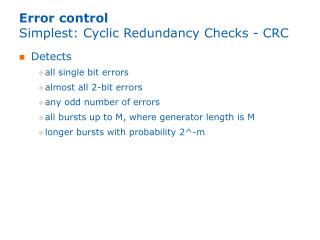 Flow control and Error control - . ecs 152a xin liu. based on kurose and ross. our goals: understand principles behind

Redundancy - . definitions. simplex single unit tmr or nmr three or n units with a voter tmr/simplex after the first

SMART network: Redundancy control through traffic deduplication - Table of contents. contacts in the order of names:

REDUNDANCY - . writing. the needless repetition of words in the writing section, it offers you to omit the underlined

REDUNDANCY - . in the untouchables. redundancy. redundancy is a means by which a film repeats the same plot information.

Flow Control and Error Control - . note :. flow control refers to a set of procedures used to restrict the amount of data

redundancy - . the need for redundancy. epics is a great software, but lacks redundancy support which is essential for

Error and Control - . an ip datagram travels from node to node on the way to its destination each router operates