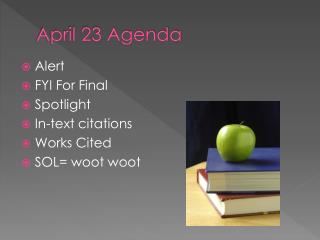 April 23 - . immigration. add the following words to your essential vocabulary: . use your america textbook to

APRIL 23 - . william shakespeare was born on april 23, 1564. he was a great english poet and playwright. he wrote romeo