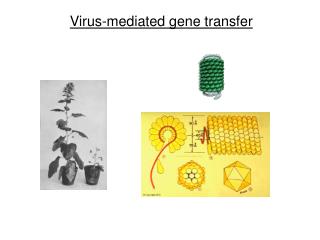 Allergy and Hypersensitivity - . i. introduction. a. definitions. allergy immune-mediated response to innocuous

HIV = Human Immunodeficiency Virus HIV is an RNA virus which contains two identical strands of (+)ssRNA in its capsid.

TCS Special Program Virus, and How to Avoid Them - . fine print. my views, not necessarily those of the tulsa computer