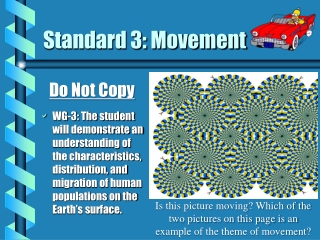 Standard 3: Movement. Do Not Copy WG-3: The student will demonstrate an understanding of the characteristics, distribution, and migration of human populations on the Earth’s surface. Is this picture moving? Which of the two pictures on this page is an example of the theme of movement?.

Human Trafficking - . human trafficking is a world wide issue that happens in our own backyards. definition:. human

Trauma Informed CARE and Practice - . a workshop for service organizations and providers to learn about trauma-informed

SNJM Youth Justice Forum July 16 – 23, 2012 in Seattle - . following months of preparation and anticipation we are here