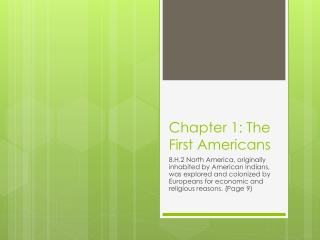 Chapter 1: the First Americans - . main idea: human history in the americas began thousands of years ago. the migration