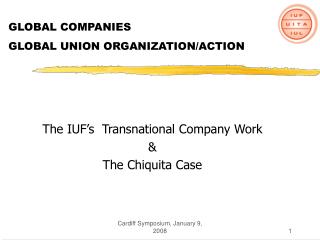 Global Human Resource Management - . chapter eighteen. refers to the activities an organization carries out to use its

UN Global Compact: The perspective of an international Organization on Social Responsibility - . at the international