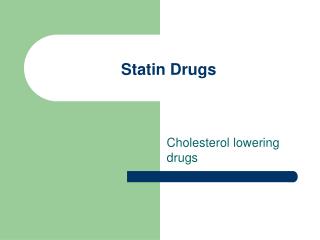 The Effects of Statin Copayments and Statin Adherence on Medical Care Utilization and Expenditures - . teresa b. gibson 1