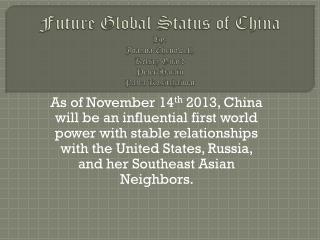 China and the Global Economy - . a brief analysis. a historical overview: beginnings of the republic of china. republic

CHINA’S NEW SHERATON HOTEL - . in keeping with its status as a rising global superpower, china is showing off its new