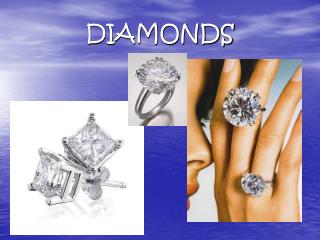 Diamonds - . adámas. what are diamonds. the word diamond comes from the greek word adamas , which means indestructible.

DIAMONDS - . structures and property of diamond