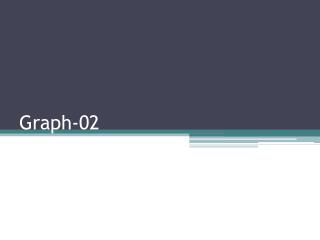 First graph Second graph Third graph - Do now : take one from my desk. complete the first 3 boxes, and make up your own

GRAPH - . introduction. a data structure that establishes a relationship from many parents to many children is graph.

Graph - . some basic instructions http://www.padowan.dk/download/. entering your data: while in ‘graph’ using the

Graph - . introduction to graphs. graphs are data structures rather like trees. in fact, in a mathematical sense, a tree

Graph - . planar graph. a graph is called planar if it can be drawn in the plane without any edges crossing a graph may