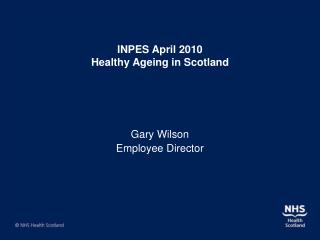 Healthy People 2020 - . a resource for promoting health and preventing disease throughout the nation. greater lowell

Health Promotion and Healthy Aging - . presentation by irving rootman to sfu class on principles and practices of health