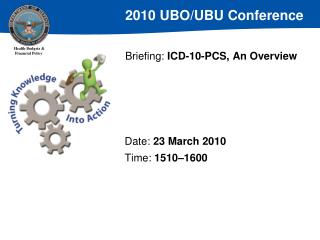 Briefing: ICD-10-PCS, An Overview. Date: 23 March 2010 Time: 1510–1600. Objectives. Find out that assigning Procedure classification codes is a piece of cake Find out that there actually can be logic for inpatient procedures Find out for yourself what GZGZZZZ means The Nuts and Bolts of Case Briefing - . ruth ann mckinney reading like a lawyer , © 2005 (powerpoint developed by tracy

HSE-MS Audit Team Briefing Sessions - . team briefing programme. why do we audit? when do we audit? link model hse-ms