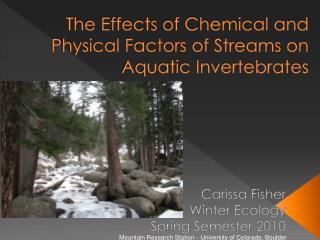 Biological Monitoring of Water Quality - . “the totality of features and characteristics of water that bear upon its STREAM ECOSYSTEMS - . what is a stream?. a flowing body of water confined within a bed and banks does a stream really end