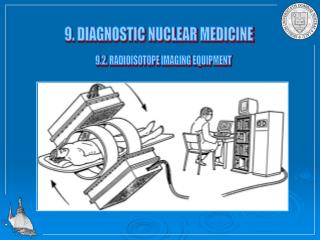 9. DIAGNOSTIC NUCLEAR MEDICINE. 9.2. RADIOISOTOPE IMAGING EQUIPMENT. The typical radioisotope is a photon emitter. The photon energy must be above E  = 100 keV otherwise the body tissue will cause attenuation of the emitted  -radiation. Nuclear Medicine - . made by: sarah. what is general nuclear medicine?. medical imaging using small amounts of

Nuclear Medicine - . imaging and the treatment of cancer. gamma photons are the most energetic photons in the