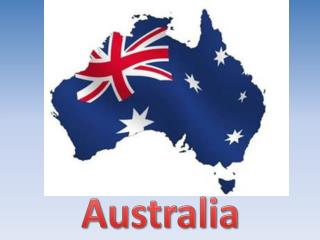 Australia PowerPoint - . by luka babich. western australia. the black swan has been used as the emblem f or western

Australia - . the land down under. australia comes from the latin word australis , meaning “southern.” became an