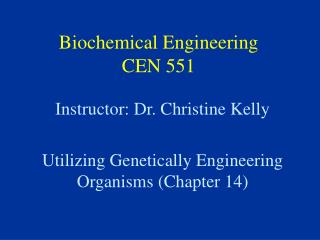 ERT 211 BIOCHEMICAL ENGINEERING - . course outcome. ability to describe the usage and methods for cultivating plant and

Products of Biochemical Engineering - . how long ago?. sumerians and babylonians were brewing before 6000 bc (evidence in