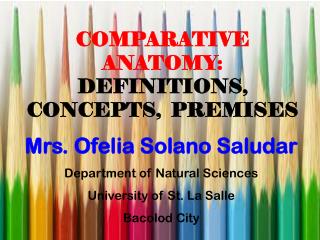 15. Comparative Anatomy - . essential question: how does the evidence of geology, fossils, and comparative anatomy