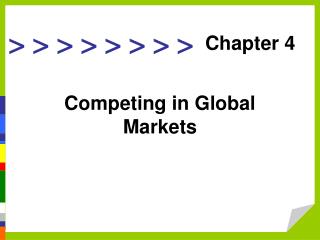 The Global Economy, Rising Risk and Marine Insurance Markets Risk and Reward in a Troubled World - . san francisco board

MARKETS IN ACTION - 6. markets in action. chapter. objectives. after studying this chapter, you will able to explain how

Section I Causes - . the causes of ww1. m ilitarism a lliances i mperialism n ationalism. militarism 1. germany was

Assessment and Forecast for the Global Capital Markets - . may 1,